2016 was a great year to really employ some of the techniques I have learned over the last few years. I am honestly amazed at how much easier the soil is to work with, compared to the day I started working on it – the broadfork can now be worked on the majority of the field with very little effort. I have also noticed there are now earth worms in the soil, where there was none when I started, or that I could notice – there seems to be a much better balance of critters in the soil now, where as before there was only signs of the non beneficial worms and insects(tilled many times before me – no till now). 2016 was also a great learning experience at the markets, and we had a great time selling our fresh goodies to folks who were looking for the freshest local produce – thank you for supporting small farmers in the Rio Grande Valley! 2017 has started with planting of transplants and direct seeding some rows, but there is much work left to be done, so I had better get out there now.

Here is a volunteer sunflower that is somewhere near 13 feet tall – I can hold a shovel by the end of the handle and try and reach the top, but it’s taller than that. 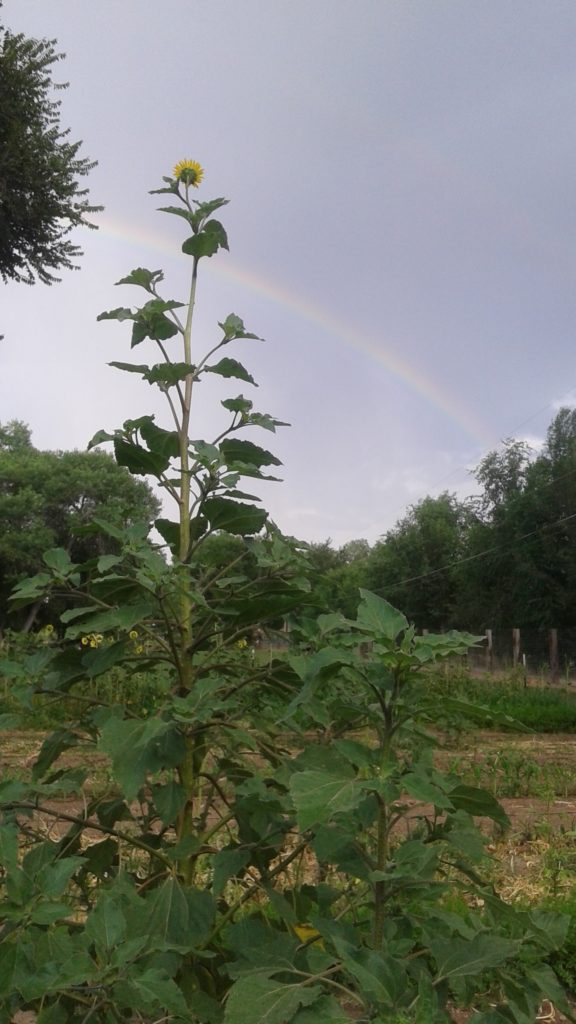 I was very fortunate to locate an awesome family in Corrales that was interested in adding a garden to their property and supported sustainable farming methods – thanks for the opportunity! 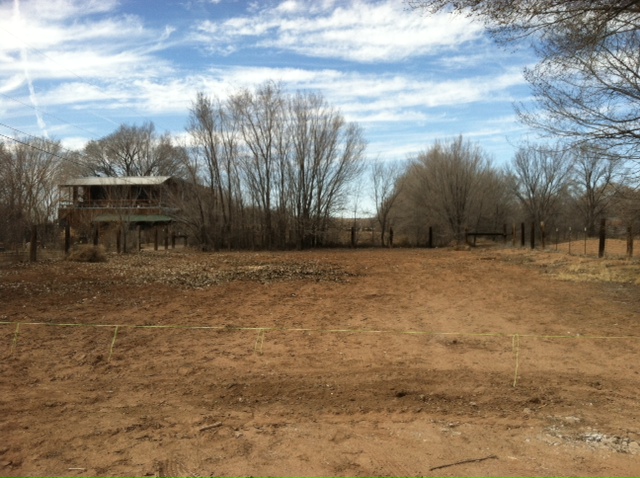 The 80x120ft long field had some small chinese elms growing on it, and only a couple of cottonwoods, and a pile of leaves which would come in handy later for adding to the soil. Next was the cleaning of the field and delivery of 20 yards of compost. 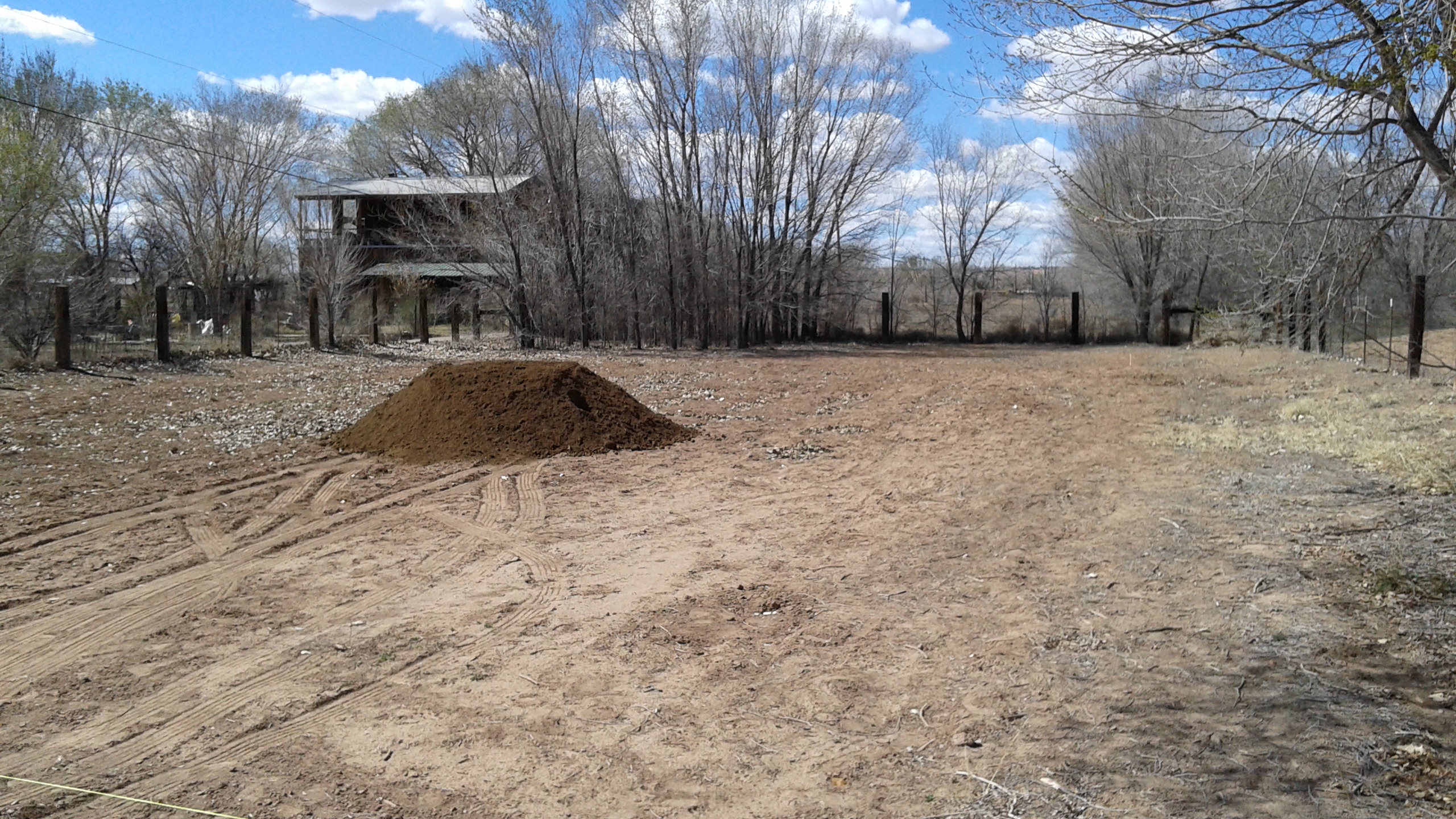 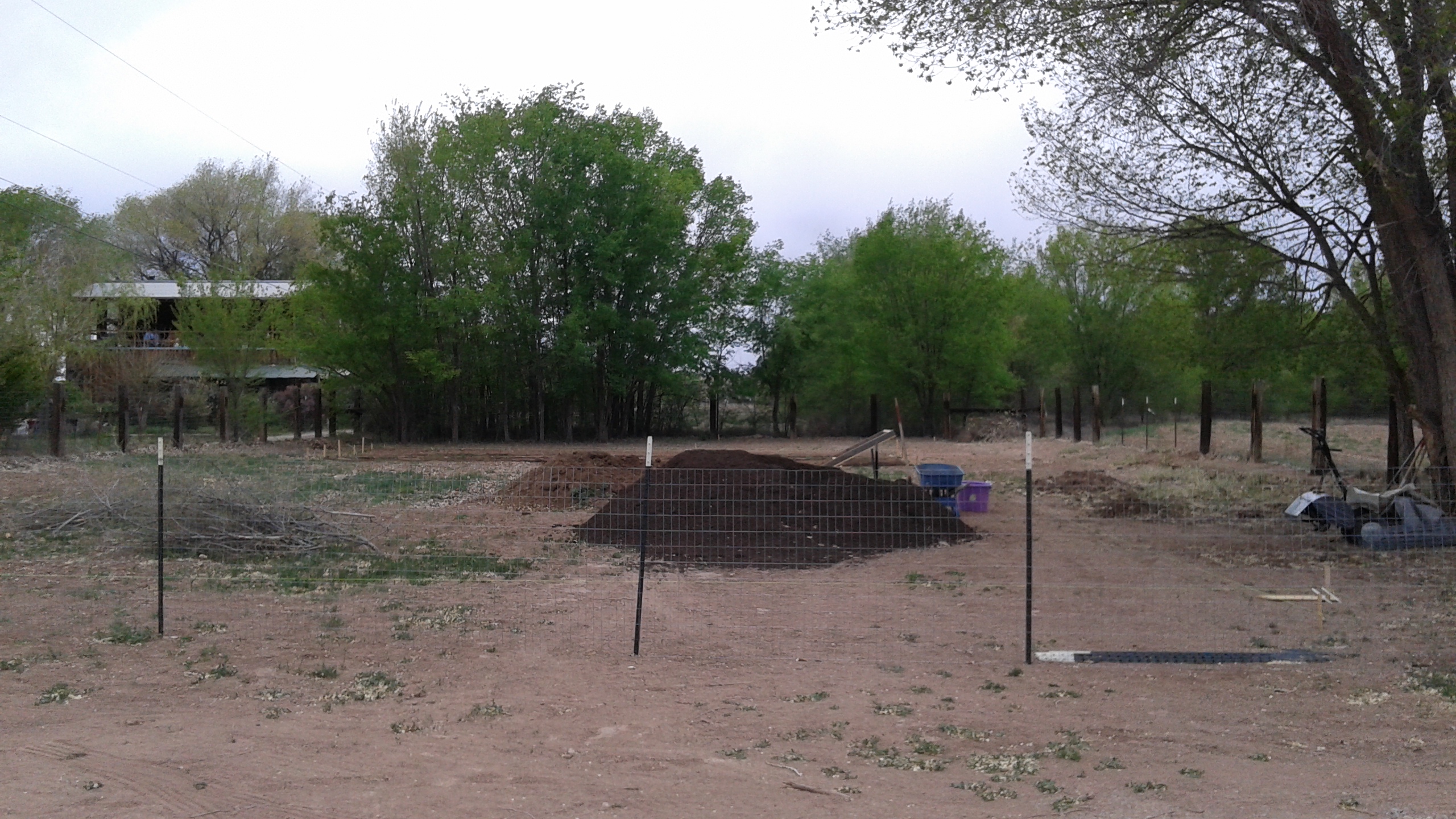 And then the task of actually getting the compost and some of the sieved manure into the soil, first using a wheelbarrow to move the correct amount of each into the rows, and then tilling into the ground and placing the soil into the rows. I wanted this clay soil to have the ability to drain water, as I felt that monsoon rain could have a negative affect on production. 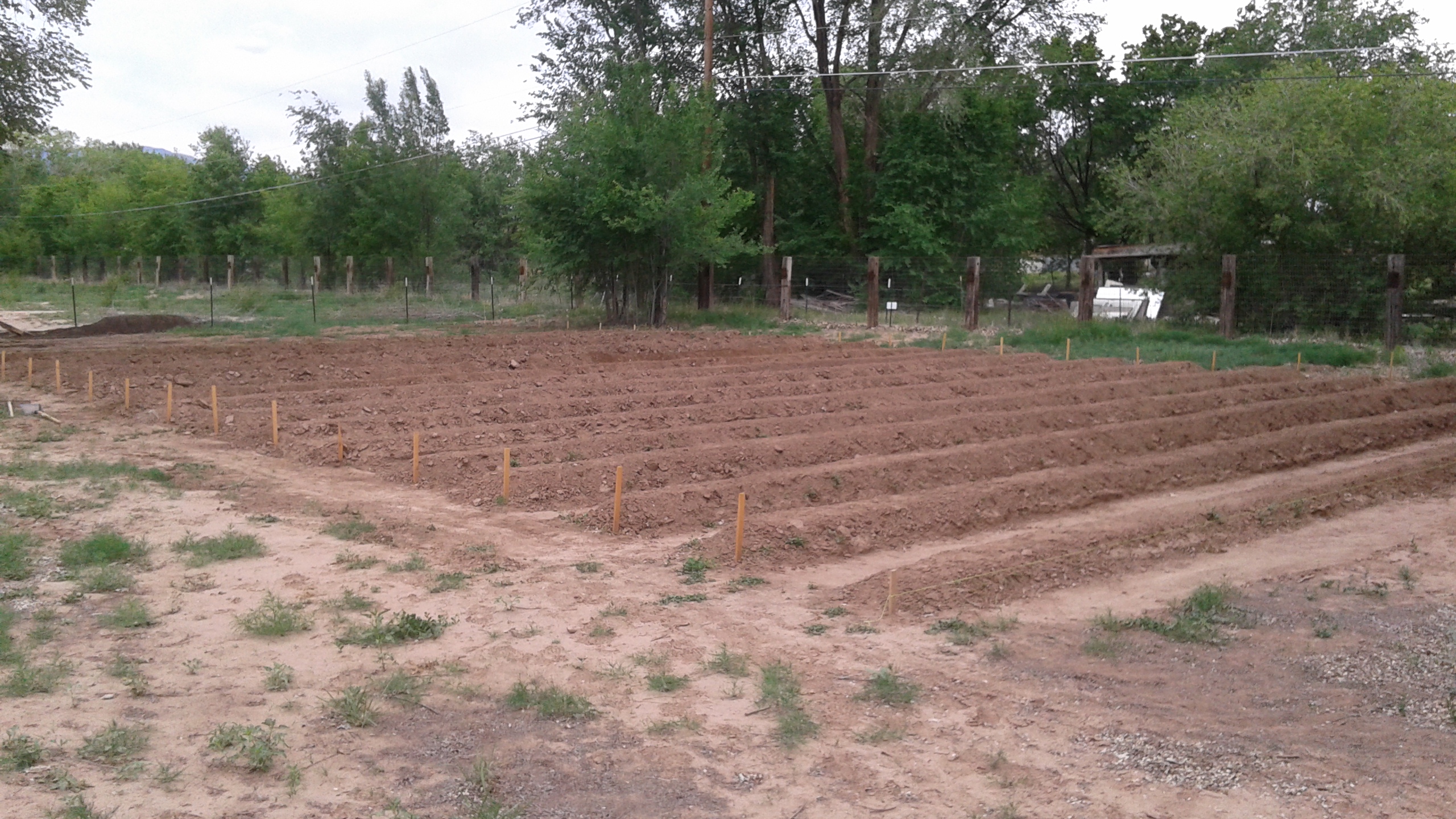 These rows are roughly 12-14 inches wide on top, and are 50ft long, running north/south – rows are spaced 56 inches apart. The field is 80ft wide, but I wanted to leave some of the field in a natural state, as I didn’t want to disturb all the life forms that existed in the field. The field appears to have not been farmed for about 6-7 years, based on what the neighbors have told me and the amount of rings I counted on the branches that are near the field. These tree’s on the edge of the field have been trimmed back so many times, they almost look like an iguana’s back(spikes). 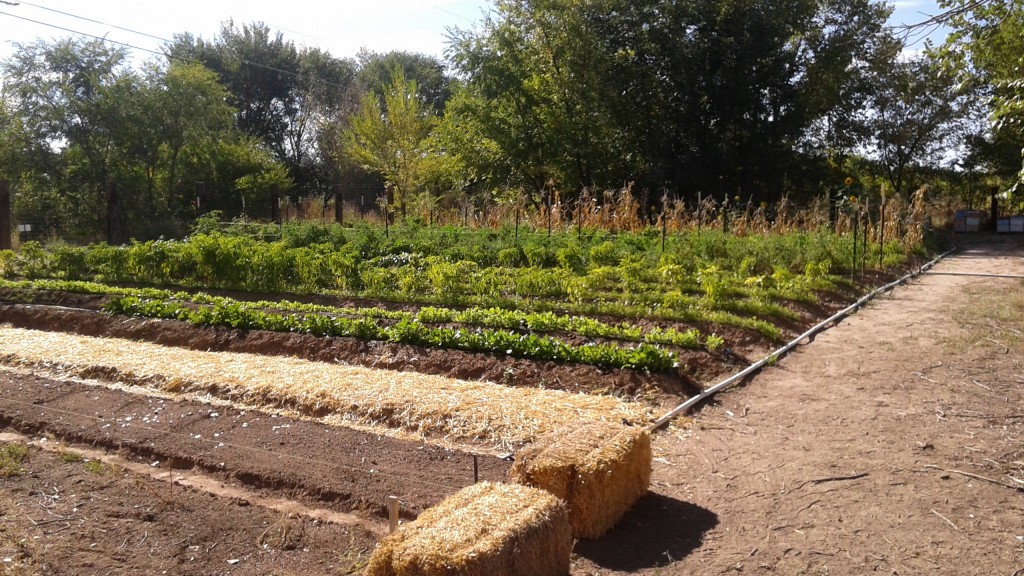 The row with straw covering it is for the 400 garlic seeds that I recently planted for next spring/summer, with the mesclun behind it, and then the cilantro and spinach row before the chile plants. The last row will be use for planting onion in the spring, and the garlic rows will be used for corn and sunflowers after next years harvest of the garlic plants.