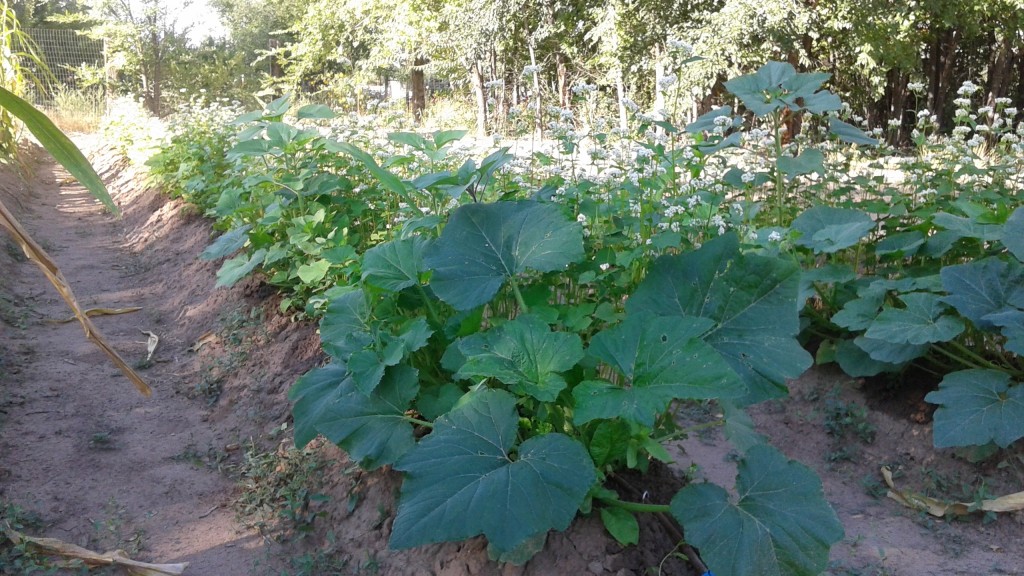 On the west side of the field, there seems to be a buildup of sandy soil, unlike the center of the field, or the east side of the field. It has taken much thinking, but I feel that the reason there is such a concentration of fine sandy soil on this west side of the field, was caused by wind and to some extent, water erosion. For the majority of this fields working life, people that used “east-to-west”(easier to work) rows to grow the cash crop – I decided at the start of the season, that I would change this and use a “north-to-south” row setup, in the hope that wind eroded soil would end up hitting the next row of crops and fall to the ground, and not continue to move or become a particle in the air. At the start of the spring, I realized that this part of the field needed help, and I would test one crop to find out if this row is actually “dead soil(no organic material)” – green beans were planted, and out of the 40 something seeds I planted, 13 grew, and 8 plants made the entire season – even with irrigation, and compost that was added to this row, this “easily” grown plant, wasn’t happy. At the start of August, I decided to plant a variety of crops in the other two rows that I left fallow during the summer, along with a cover crop called buckwheat; the buckwheat was partially intended to help feed the honey bee’s that are living on this parcel(they LOVE it), but also to be be beneficial to the soil by creating organic material in the soil with their root system and being able to extract insoluble phosphorus from the soil, and allowing the plants near them to benefit from the bringing up this phosphorus.

I honestly did not expect to see these plants growing happily next to the buckwheat crop – the leaves on this squash plant are the largest I have personally grown in the last 3 years, the sunflower stock seems larger than the others I have grown, and I really feel that the reason they are so happy is: diversity.