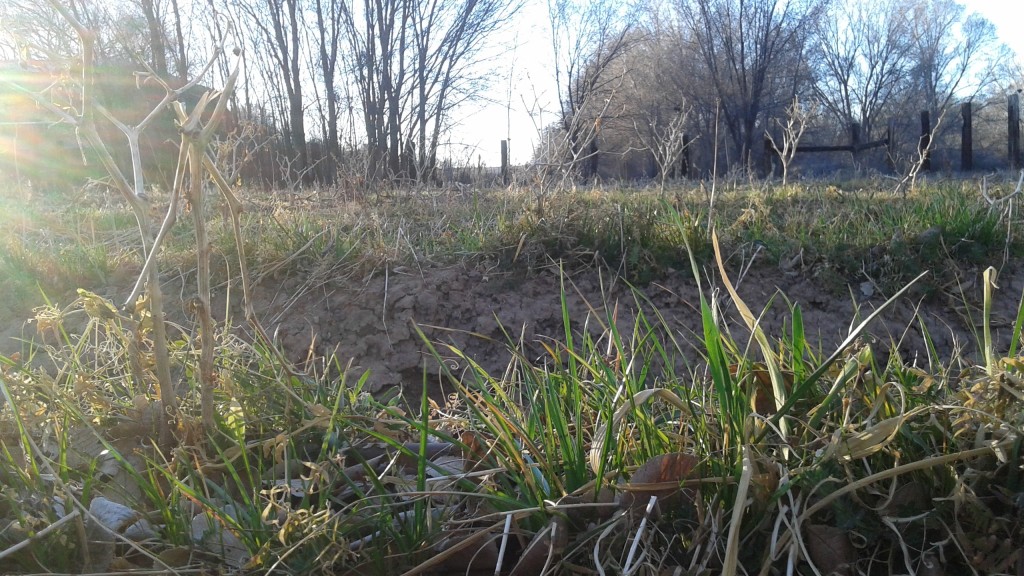 Winter so far down here in zone 7a has been a bit cold, with some snow events. The cold hardy cover crops have done quite well though, with hairy vetch and rye seeming to not be disturbed too much by the lack of rain for the last few weeks. Another awesome grower is the forage or field radish variety, which I have found be have roots shooting down at least 1ft into the soil. I am also pleased with the amount of “straw” like matter that the oats and peas have turned into over the fall & winter, as this seems to have created enough cover for a cricket, spider, and a grasshopper to survive the winter. Reviewing the soil where there is a more diverse mix of cover crops used(more than 4-5), the soil seems to have a much different texture than I would have expected – the soil is not compacted where it used to be, has moisture still, and is alive with life.

Now that I have allowed cover crops to winter over on this field, I can really see the difference it has made, even in just one short year of being on this field. The soil didn’t seem to have anything more than a few random weeds on it before, and the previous home owners had plowed many times in an attempt to control the weeds, which most likely helped to compact what was left of the soil. On my way to Steiner field, I drive by fields of plowed soil that is first moist, and then turns dry after a few days in the wind and sun, and I ask myself – why would you go into your soil and remove all the moisture that had accumulated over the winter and in the process, bring up dormant weed seeds(not to mention making dirt clods = compaction)? Cover crops will also need to be terminated, but shallow tilling(2-3 inches) and deep aeration using a tool like a broadfork, can eliminate the need to perform deep tilling, which seems to cause greater harm than good to your soil.